2023 Toyota Sequoia TRD Pro was introduced in early 2022. However, do the features it has to make it more feasible to own than other similar SUV models?

The debut for the 2023 Toyota Sequoia TRD Pro, along with other series, has already begun at the end of January 2022 to displace the obsolete second-generation SUV car. The last release for this three-row SUV model was in 2008. This opportunity is not wasted by Toyota. Sequoia TRD Pro gets a touch of a major overhaul in both esthetics and mechanics. This major overhaul has had a very important impact because until now, all Sequoia series, not only the TRD Pro, has become the best-selling SUV brand in the North American market after the United States Land Cruiser retired.

At first look, the appearance of the 2023 Toyota Sequoia TRD Pro is similar to the double cabin pickup SUV version of Tundra. The difference is Sequoia TRD Pro has a more manly appearance and it is supported by a hybrid engine that’s definitely more eco-friendly. Its assembly will be carried out at Toyota Motor Manufacturing, Texas.

Talking about engine performance, all versions of 2023 Sequoia are equipped with the same engine as the Toyota Tundra called i-Force Max. It is a V6 hybrid twin-turbo engine with a capacity of 3.5 liters. The power produced is arguably quite capable and similar to the Toyota Tundra. It has 437 HP or 326 kW and a maximum torque of 583 lb-ft or 790 Nm. A 10-speed automatic transmission seems to be embedded here.

The platform version copies the same modular body on frame as the Lexus LX 600, Land Cruiser, and Toyota Tundra. All versions of Sequoia come in 2WD and 4WD variants. However, Sequoia TRD Pro is only available in 4WD. The front of Sequoia TD Pro uses an independent suspension, while the rear uses a multi-link layout suspension. A load-leveling air system and adaptive dampers are installed as well at the rear, but both of them are optional.

The towing capability of this SUV is 22 percent greater than the previous generation. It is capable of pulling loads of up to 9,000 pounds or about 4,082 kg. There is an optional collapsible, extendable, and retractable mirror for better vision when towing something. A monitor with panoramic view mode which provides a wider view of other vehicles and their surroundings when maneuvering is also prepared.

The Exterior and Interior Design

The exterior design of the 2023 Toyota Sequoia TRD Pro looks tough due to its upright position. The looks of its front end are almost exactly the same as Toyota Tundra. The front grille of TRD Pro has wide hexagon shapes in black. The front headlights are now more futuristic with a Y shape. The shape of the fender looks sturdy with a protruding bulge above the interstice between the wheels. The base of the D-pillar faces forward, and the rear glass is partially circular to the side of the body.

In addition, an LED light bar is part of the front grille, and storage shelves are on the roof. The 18-inch black wheels have increased offset for the wider stance. The SUV package also includes dual muffler tips. The exterior color of Solar Octane is distinctive to this series. 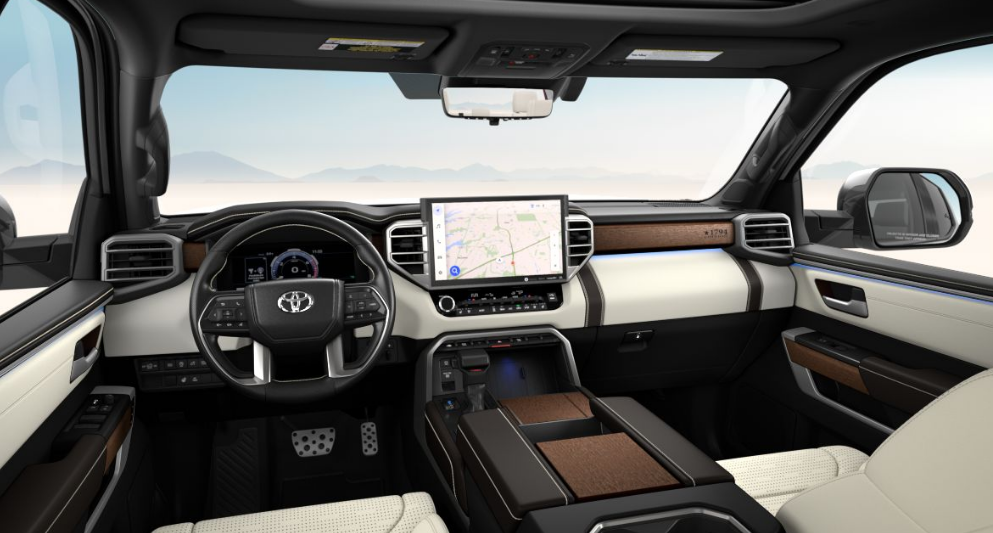 The interior design is still the same, which carries 3 rows of seats with a passenger capacity of up to a maximum of 7 people. The third row can slide back and forth up to 6.0 inches. Moreover, it has a rear rack system for easy rear cargo stacking. 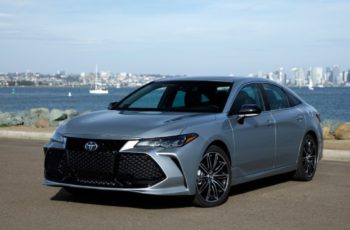 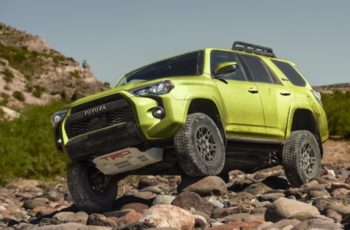 The 2023 Toyota 4Runner colors will be special since it …