A fully redesigned model of the X1 is going to arrive as an opener of its third generation. See how the 2023 BMW X1 gains a sleeker exterior, refined interior, and more below.

The BMW X1 is entering the 2023 model year as the first production year of its third generation. This time, the luxury compact SUV is gaining a complete redesign that makes it distinctive compared to the previous year’s model by bringing a refined design, roomier capacity, and more advanced tech features. Not to mention, an all-electric counterpart is launched as well. Read more about the 2023 BMW X1 specifications and features below.

The 2023 BMW X1 arrives by bringing one trim only, the xDrive28i. It is powered by a 2L turbocharged 2L 4-cylinder engine. Albeit it is similar to the last year’s model powertrain, it gets rid of the 7-speed dual-clutch transmission and is now paired with an 8-speed automatic gearbox. It also offers higher outputs at 241 HP and 295 lb-ft of torque.

According to the German luxury automaker, this new transmission presents smoother and faster gear shifts. Moreover, the front-wheel drive system is also axed, leaving the trim with an exclusive all-wheel drive variant available.

The fuel efficiency estimation of the upcoming X1 hasn’t been released yet by the EPA. However, the numbers are expected to not stray far from the rating earned by the 2022 model year, which means it probably sits around 23/31 mpg city/highway. 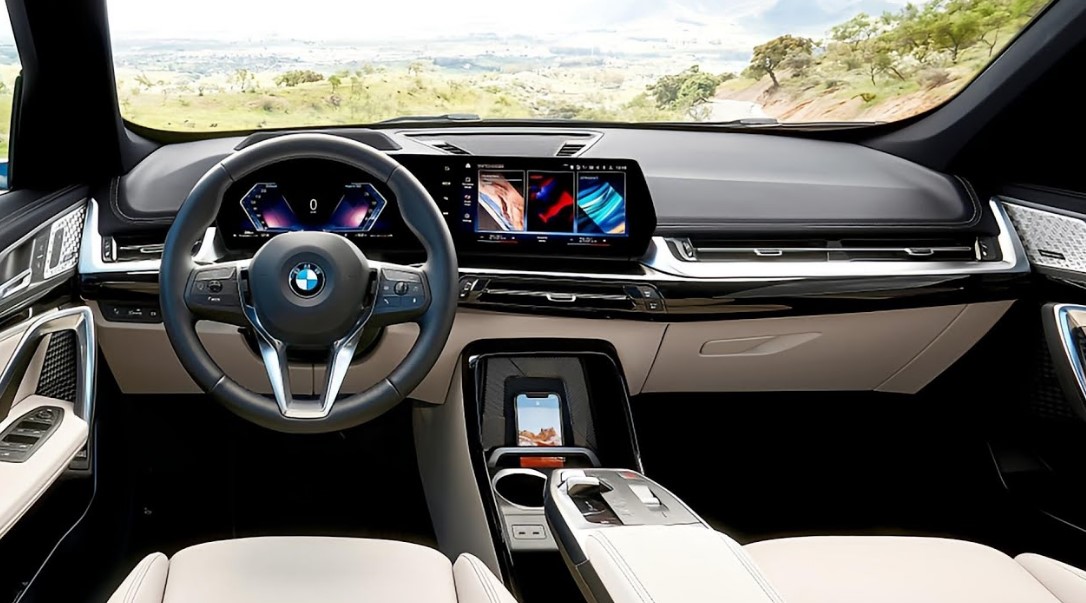 Exterior Redesign and Interior Updates for the 2023 Model Year

The all-new 2023 BMW X1 is sporting a new, more attention-grabbing exterior design. It boasts a massive kidney grille, shaper-cornered layout, and immense dark-colored cladding from plastic material. It brings more characters to the table compared to its predecessor even though not everyone might get on board in terms of its exaggerated appearance. Furthermore, the upcoming X1 also gains larger body dimensions and a longer wheelbase. That being said, the ride height of this model is lowered by 0.6 inches.

Optional features of the upscale five-passenger vehicle include 18, 19, or 20-inch wheels, adaptive dampers, and an M Sport package that provides upgrades both inside and out.

Moving on to the interior side, the upcoming X1 offers more generous capacity as the result of its broader, longer, and taller frame—albeit the difference is most likely to be minor. More modern features that its receivers are including a float-mounting center console, a toggle shift knob car gear lever, a fully digital dashboard, and various premium pieces, including textured speaker grilles. Standard features consist of a power liftgate, ambient lighting, and dual-zone automatic climate control. Opting for the Convenience package adds a panoramic sunroof, while a heated steering wheel and heated front-row seats come as individual extra options.

The 2023 BMW X1 acquires a fresh curved display that also makes an appearance in the new BMW 3-Series. Similar to the manufacturer’s flagship sedan 7-Series and the iX EV, it consists of a 10.3” digital instrumental cluster and a 10.7 infotainment display, which is braided with the most recent iDrive 8 software system.

Some standard technology features worth mentioning are the built-in navigation function, SiriusXM satellite radio, and Apple CarPlay and Android Auto compatibilities. The Convenience package adds a wireless charger pad, while the Premium package offers a Harman Kardon audio setup, a head-up display, and a surround-view camera. 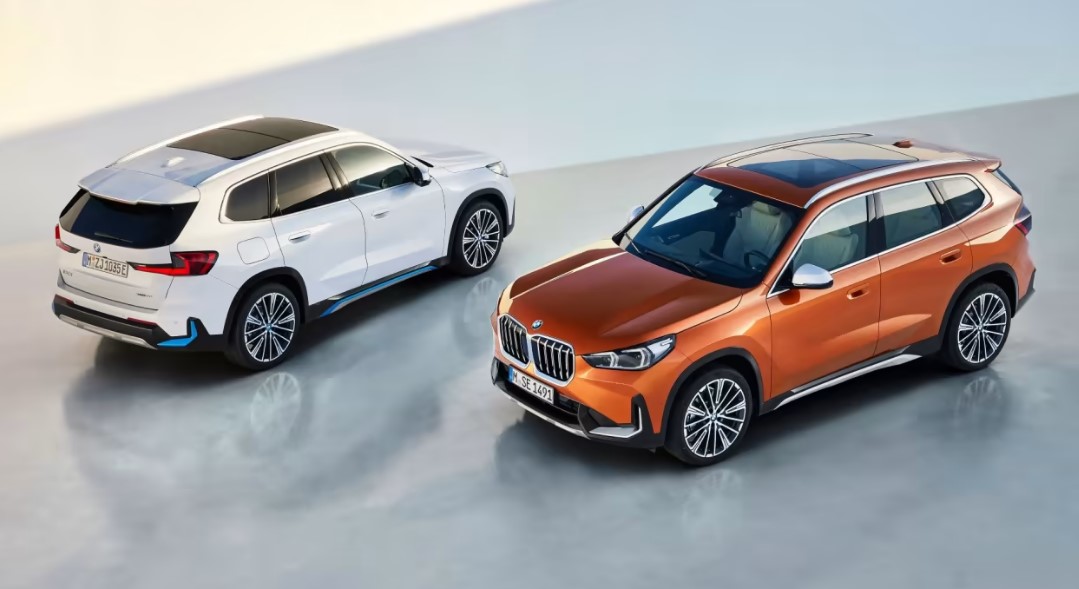 As mentioned above, there is going to be only one trim available for the 2023 model year, which is the xDrive28i in the AWD system as standard. The sDrive28i FWD trim is axed and thus will not continue into the upcoming X1 generation. 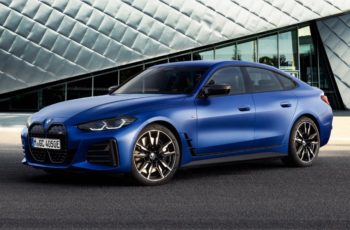 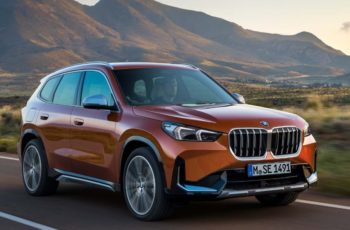