The GV70 and Electrified GV70 make some worthy options for European luxury SUVs. Learn how the 2024 Genesis GV70 is expected to uncover shortly.

Hyundai’s luxury division, Genesis, has been stepping on an imposing path as a competitive alternative to more prominent names since separated itself and served as its brand in 2015. Debuting as the second ever crossover SUV under the automaker’s lineup is the GV70, which falls into the same segment as the Mercedes-Benz GLC, BMW X3, Audi Q5, and more. Read some predictions for the 2024 Genesis GV70 below. 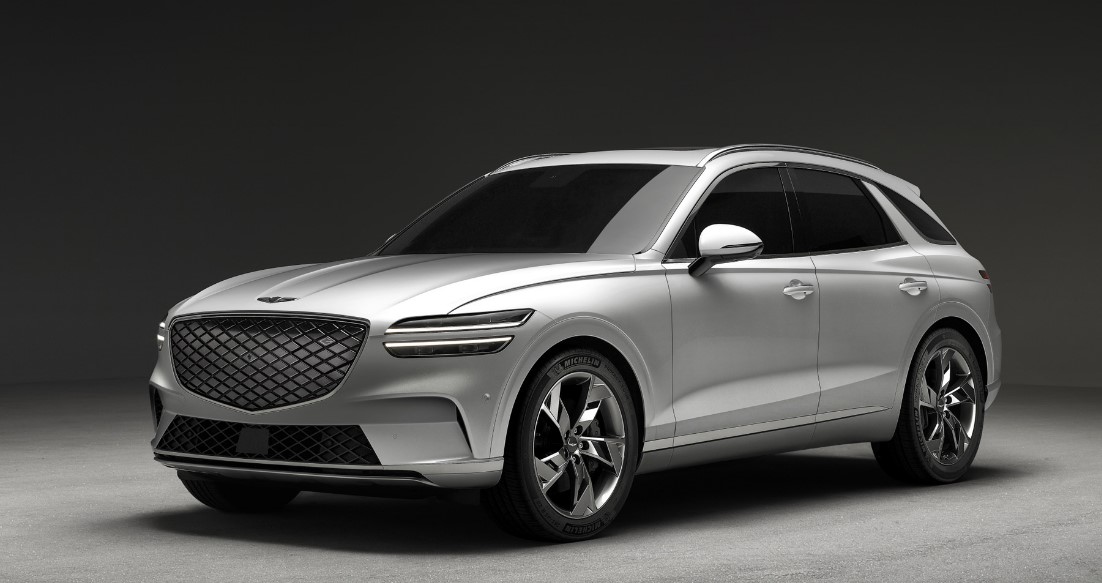 What is the Genesis GV70?

The GV70 is a compact luxury SUV by Genesis. Going by the codename of JK1 internally, as mentioned above, it’s the second model of crossover SUV churned by the luxury automobile maker brand, following the midsize GV80. The 5-passenger vehicle rides on the same RWD platform as its sedan counterpart, the G70, albeit also offers AWD, more room for occupants and machinery, and a more extensive wheelbase.

Just like any other segment in the automobile industry, the SUV market also makes migration to the electric realm. More and more electric SUVs can be spotted on the road by day. Genesis has also made and announced its plans in this regard: by 2025, the entire all-new models are going to be completely electrified, and by the end of this decade, it will be an exclusively EV brand.

A battery-powered version of the GV70 comes as a step taken in that direction. Adopting the name of the eGV70 or Electrified GV70, it was introduced at the 2021 Guangzhou International Motor Show and launched officially in early 2022.

At this point, not much—even almost none—of the 2024 Genesis GV70 detail is known yet. However, it is almost certain that the future model year will retain the current powertrain options: a 300 HP 2.5L turbocharged 4-cylinder or a 375 HP 3.5L turbocharged V6 engine.

The same can be said about the Electrified GV70, especially since it just came as an all-new 2023 model year. The EV is claimed to be capable of 249 miles of driving range by using its 77.4kWh battery with 350kW DC charging capability. The power is generated by a dual-motor setting that generates 320 kW (and 360 kW in Boost driving mode) and 700 Nm. Moreover, it also supports a 3.6 kW Vehicle to Load (V2L) capacity. 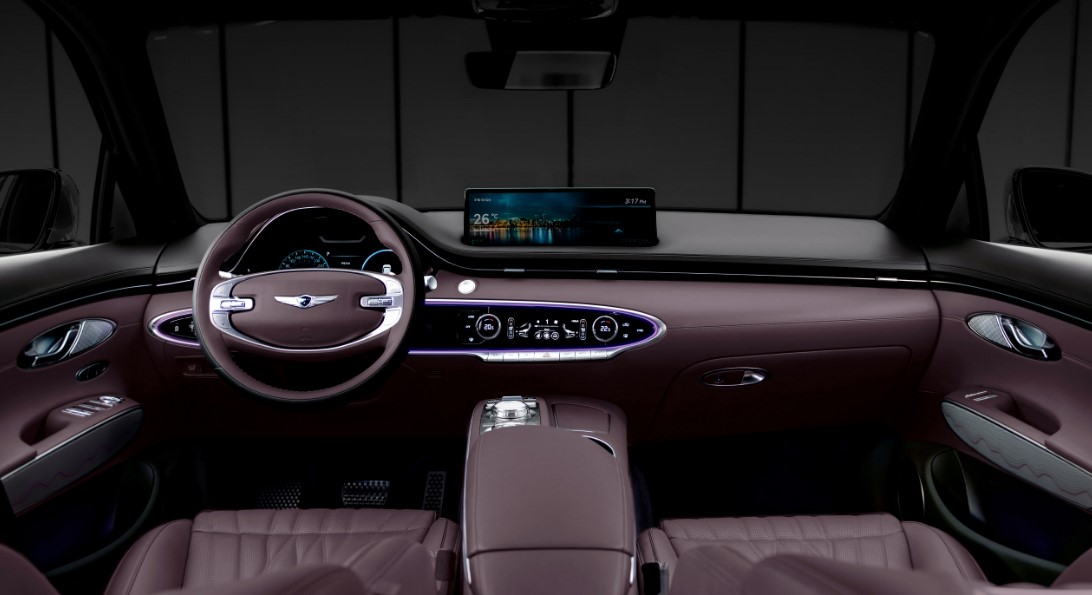 The 2024 Genesis GV70 cabin is expected to retain its current design language that can be summed up in one word: gorgeous. Some of the features that are likely to make appearances again shortly are the low, wide touchscreen display, leather wraps on practically almost every surface, and soft aluminum trim.

Comfort and roominess also seem to be prioritized by Genesis. You can anticipate the power adjustment and messaging features will make a round again for the front-row seats, while a seatback recliner is provided for rear-seat passengers. Unless the SUV is going to receive a dimensions overhaul, which it likely won’t, the cabin and cargo spaces are quite competitive compared to its same-class rivals.

On the side of the electrified variant, the interior looks and performs almost similar to its ICE-powered twin—which is unsurprising and commendable at the same time, given that the EV is a faithful result of electrifying the regular, gasoline-supported GV70. 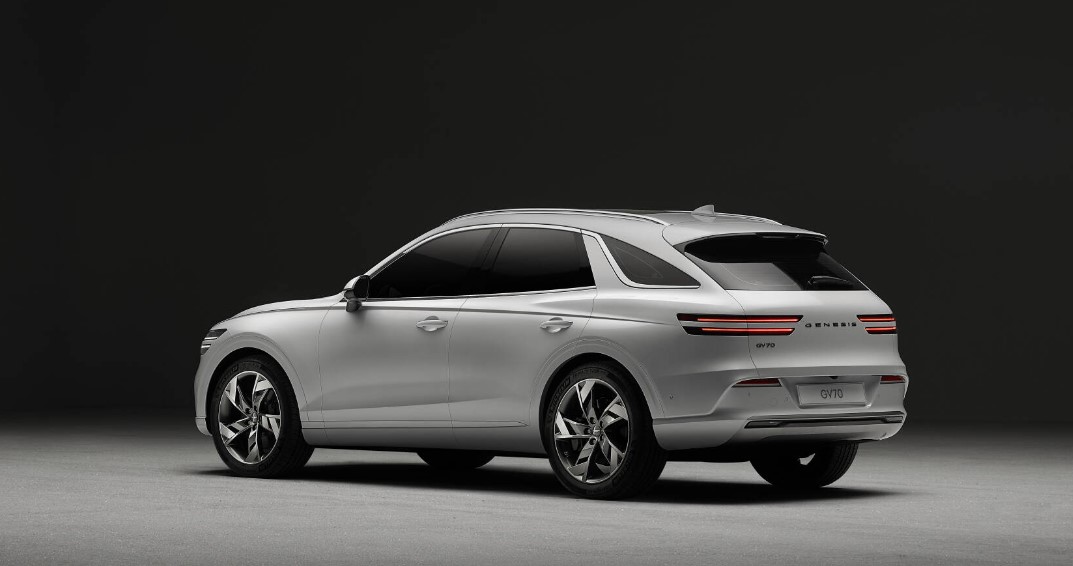 The power offered by the GV70, whether you choose the 4-cylinder or V6 powertrain, provides plenty of capability. It may not come as the top-of-the-range when it comes to riding or handling quality, but it does quite a good job in both departments, not to mention the gas mileage is decent.

Additionally, the GV70 is available at a more affordable price range compared to the majority of its direct rivals. Of course, nothing has been said about the 2024 Genesis GV70 price details, but you can expect more details to be dropped probably by the next calendar year. 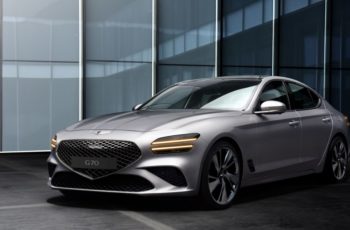 Curious about the specifications of the 2024 Genesis G70? Find … 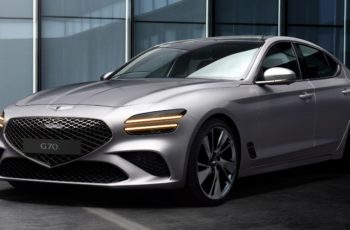 The G70 raked a lot of compliments and admiration for …