The mid-size sedan Legacy is known to be a sensible car by enthusiasts. This time around, a set of 2023 Subaru Legacy changes will shake and step the game up for the nameplate.

Subaru is one of the major automakers in the world that has made a name for itself in the industry by producing reliable and chiseled vehicles. The manufacturer has delivered some recognizable models, including its flagship car the Legacy which is going to turn up soon with a mid-cycle refresher this year. Read below the revealed details up to this point regarding the 2023 Subaru Legacy changes and price estimation. 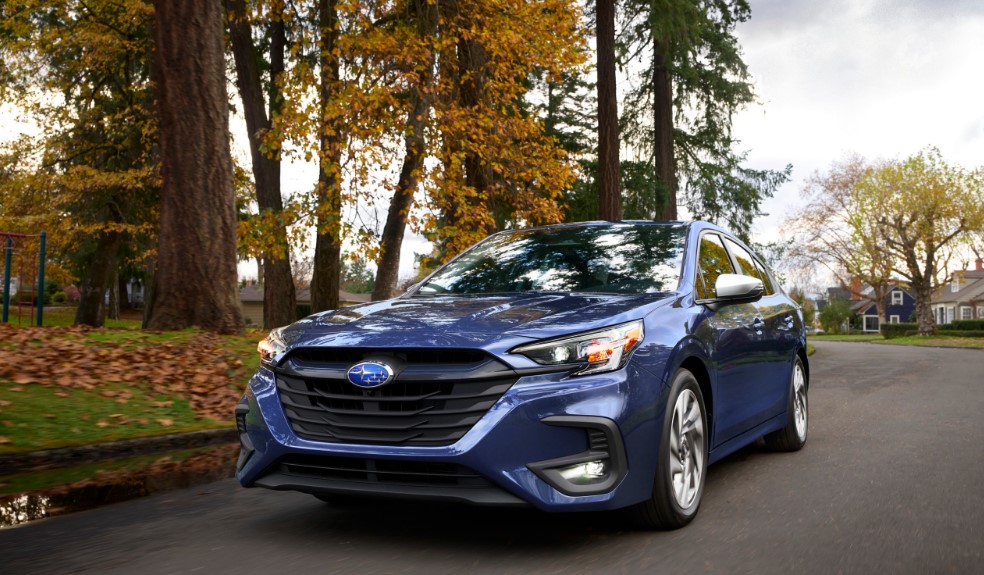 Let’s start from the exterior design area first, which is said to be the field that the new Legacy receives most numbers of upgrades. The refreshed appearance of the 2023 Legacy is expected to be bolder and more modern. The refinement attempts focus mainly on the front-end area, especially the front grille that’s revised to be larger and more prominent.

The bumper also goes through an adjustment by getting more angular and featuring extra air intakes to help cooling down the engine. The redesigned bumper is accompanied by new styling for the headlamps and fog light housing. Sport trim, in particular, gains a red-accented bumper.

Moving to the side territory of the car, the Legacy acquires new 18” alloy, machined-face, dual-tone finished wheels. The general silhouette of this mid-size sedan is mostly the same with not much changes made on its dimensions and interims.

The 2023 Subaru Legacy also sees some considerable changes in the car’s interior. While the lower trims are going to continue sporting the 7”Starlink-integrated infotainment screen, the higher trims boast a 11.6” vertically-placed screen. Apple CarPlay and Android Auto smartphone integration options come as standard across the range. The lower trims receive a 4-speaker setup, the middles get a 6-speaker one, while the fully-loaded trims acquire a 12-speaker premium Harman Kardon sound system.

The new model year of the Legacy also takes care of the safety package. Some of the provided features are lane-keep assist, adaptive cruise control, and autonomous emergency braking made standard across all trims. 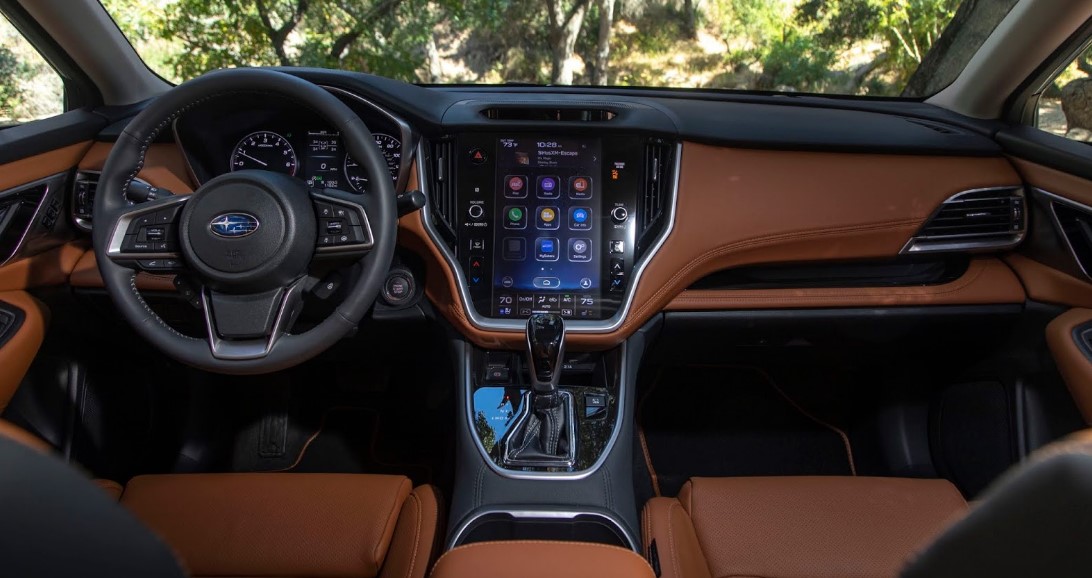 The 2023 Subaru Legacy changes involve different departments of this car, but the powertrain is hardly touched. Two engine options are still going to be offered: the 182 horsepower 2.5L flat-4 engine for lower trims and 260 horsepower 2.4L turbocharged engine for higher trims which include the Limited XT and Touring XT. That being said, it’s quite a major shift that the Sport trim will be powered by a turbocharged engine as well starting from this year.

The Legacy’s powertrain is still going to be paired with CVT automatic gearbox and provided in standard AWD across trim grades. It is unfortunate that no automatic transmission option is offered, so let’s hope that maybe it’s going to be one of the significant transformations brought by the next Legacy generation that’s probably launched by the 2025 model year.

The Legacy is a vehicle designed for everyday city driving, so fuel economy is a critical factor for most of the owners, especially since fuel prices are on the raise lately. The fuel efficiency on the base, non-turbocharged powertrain is better according to the EPA-estimated ratings of 27/35 mpg city/highway. Meanwhile, the turbocharged powertrain earns 24/35 mpg city/highway ratings.

For the next model year, the Japanese-originated manufacturer claims to improve the Legacy’s handling characteristics. It shouldn’t come as surprise considering AWD system at its essence should provide maximized traction under various driving conditions.

All in all, expect the 2023 Subaru Legacy changes to not bring any improvement in the engine and fuel economy sections, but even if the current offerings from this vehicle is not the best in its class, it is still one of the best handling vehicles compared to majority of models in the segment. The fact that all-wheel-drive system is offered as a standard alone positioned it a few miles ahead of its competitors. 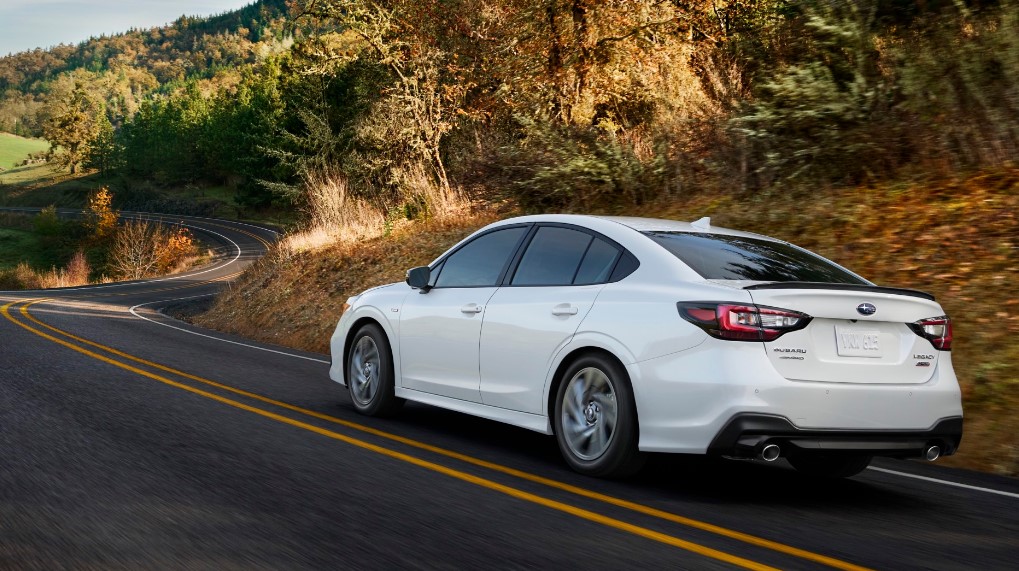 In conclusion, the 2023 Legacy will arrive with better packages deal than its predecessors. Various exterior styling upgrades, interior refinements, and more advanced technology features are embedded in this vehicle.

As you most likely have expected the 2023 Subaru Legacy changes also bring price increase. The entry-level trim is predicted to be offered at around $25,000 while the highest-spec of the trim range is projected to reach a price point of $38,000. 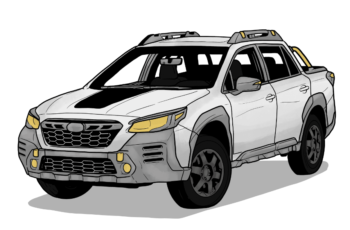 One of the remarkably expected products of the upcoming season … 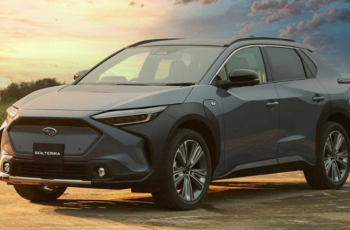