The Chevy Blazer 2023 is a mid-size SUV with two rows of seats. It will please anyone who likes to drive something outstanding.

In early 2022, an announcement from Mary Barra, CEO of General Motors, has been released to state that an electric Chevrolet Blazer would enter the production line soon. From the announcement, an electric version of Blazer would likely be released in 2023. However, before the crossover replaced the pump with a plug, Chevy overhauled the existing Blazer to become the 2023 Chevy Blazer by sharpening and modernizing the exterior design. 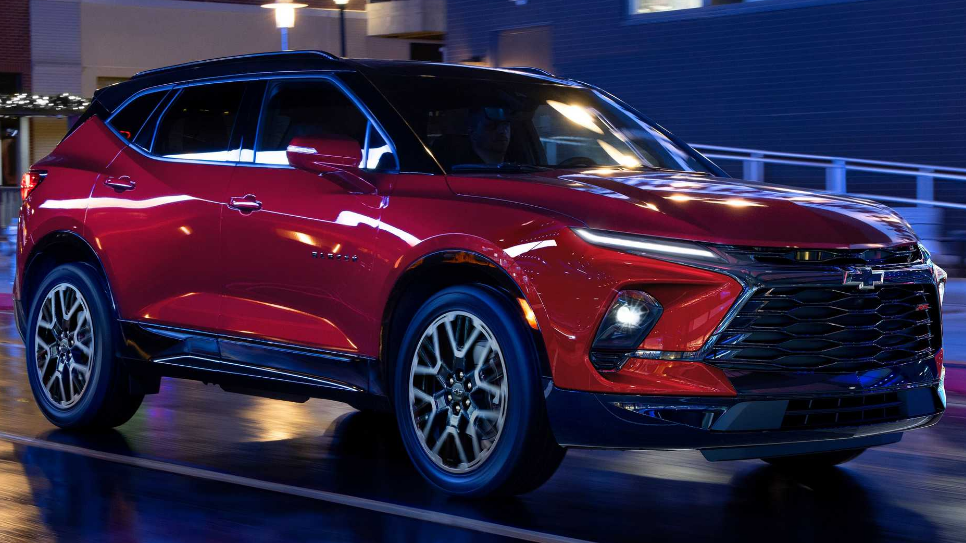 Interior and Exterior Get a Touch

A visual is updated for the 2023 Chevy Blazer. Above, the running lights of LED daytime which are connected to a headlight cluster with C-shaped trim flow into a new slimmer grille. Meanwhile, the rear taillights receive the new signature LED headlamps.

The cabin is available with a larger touchscreen. Perhaps, this statement has two purposes. This is to tease the look of the EV crossover and distract us from the updated version of a standard model for the 2023 version. The touch is minimal. Chevrolet Blazer 2023 comes with new a mesh grille, redesigned corner vents, and a new front fascia.

The grille is connected to the corner vents by a small strip of black trim, and the LED headlights maintain the same shape but have been updated. There is a tail light on the rear. The taillights have been updated and the overall shape is similar, but the horizontal Y member inside the case has been removed. Grasp the handle of this new car, and you can feel the same features as the previous year, with one exception. The discreet central touchscreen is significantly larger, replacing the older model’s 8-inch screen with a 10-inch screen. This screen extends to the top of the dashboard, but all buttons and controls are still in the same area.

Chevrolet has confirmed that the cabin offers more impressions, especially a 10-inch diagonal infotainment screen. It is fully equipped with a 4G LTE WiFi hotspot connection. A wireless charger is also available, so mobile phone owners don’t have to unplug the cable. Simply place it on the center console until you reach the destination and the phone’s battery will automatically charge. 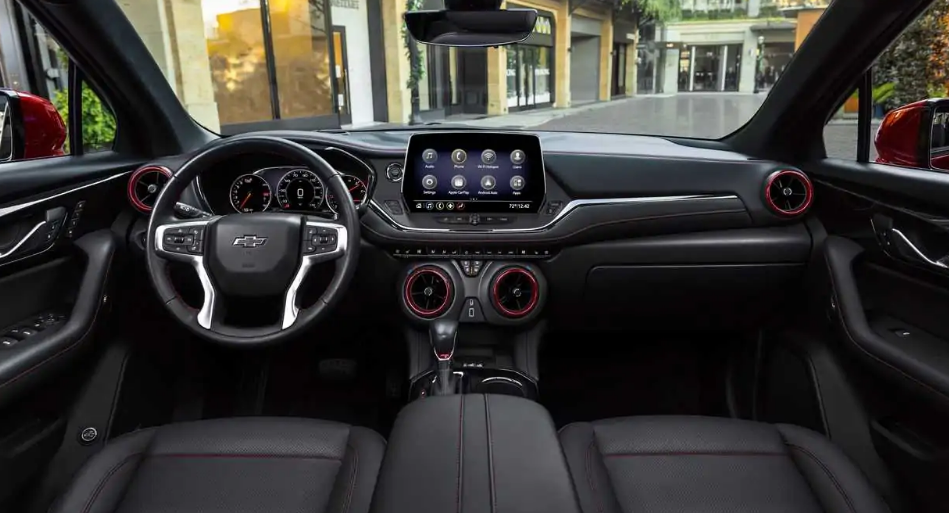 3 Trim Levels with the Same Engine

There are 3 types of trim levels. First is LT which is 2LT and 3LT, then RS and Premiere. All-wheel drive is available for LT type and Premier type. Meanwhile, RS trim comes with an AWD and Twin clutch, as well as nightshift Blue interiors. Moreover, there is also wireless charging throughout the range. In addition, the new wheel concept is available in 20-inch, 18-inch, and 21-inch sizes. Sterling Gray, Fountain Blue, Radiant Tread Tint Coat, Copper Bronze Metallic, and Metallic complement the exterior color palette.

However, under the hood of the 2023 Chevy Blazer, Chevrolet wants to keep things the same as the previous model. To the front wheels, a 2.0-liter 4-cylinder engine with a turbocharger is standard equipment and supplies 228 HP or around 170 kW. Throughout the range of blazers, all-wheel drive is available, and the high-end engine is a 308 HP or around 230 kW 3.6-liter V6 engine. All Blazer variants transmit power via an automatic transmission with 9-speed.

GM’s regional subsidiary has officially announced that the updated Chevy Blazer will arrive in the Middle East months after it was scheduled to launch in North America, in the summer of 2022. That brings Southwest Asian countries to get an updated Chevrolet mid-sized crossover.

The facelifted Chevrolet Blazer 2023 is expected to officially launch in the Middle East in the first quarter of next year, and it is still being imported from GM’s Ramos Arizpe plant in Mexico, which makes the crossover for most international markets except China. Details of the region-specific Blazer 2023 will be revealed at a later date.

The updated 2023 Chevy Blazer will be available in the summer of 2022. Moreover, the prices will be announced shortly before the release date. However, we don’t expect the Blazer’s current price of $34,595 to differ significantly from $45,195. 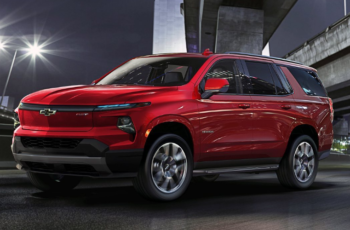 2024 Chevy Tahoe is the fifth generation of Chevrolet full-size … 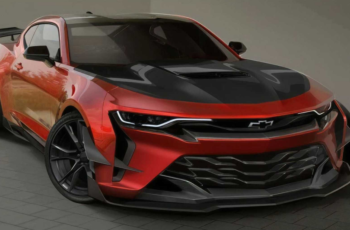