You may want to bring a luxury car like the 2023 BMW Alpina B8. Before purchasing, make sure to learn what this car has to offer.

If 2022 is your target year to purchase a car, then you should consider purchasing the 2023 BMW Alpina B8. This car is part of the BMW 8 series which is slightly different: given it only needs a few secs to reach 62 mph, and looks are not something you will have a problem with. The overall features of the Alpina B8 will make you satisfied with the car for an undeniably high price. 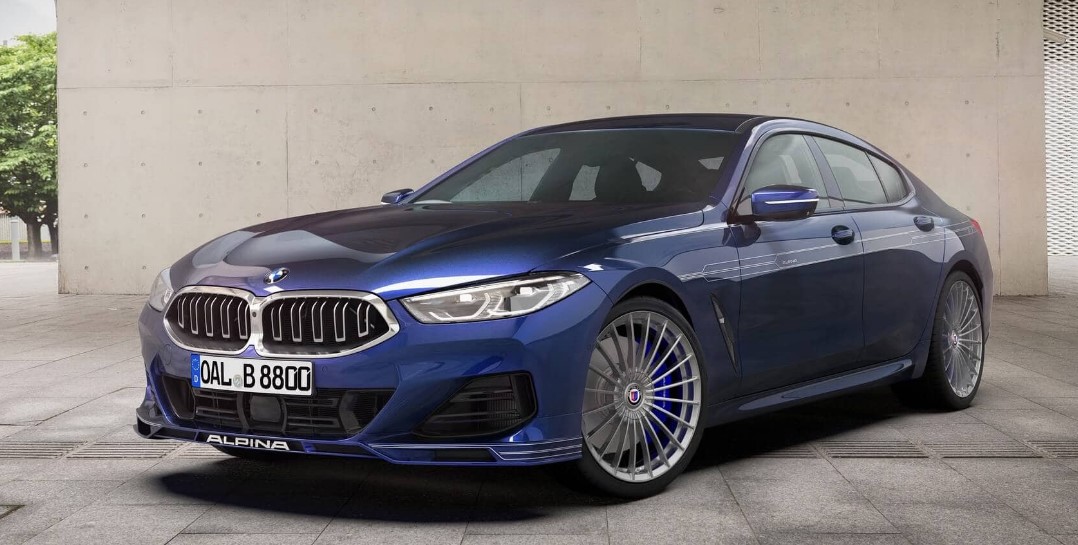 Earlier this year, BMW, the carmaker of this car announced the planned release of the BMW 8 series, including in it is Alpina B8. However, it is not followed by a major facelift that may be expected by many people.

So, from the current release of Alpina B8, the car won’t exhibit many differences. One of the exact changes is the styling. This is predicted to be apparent on the car’s grille, but it won’t change from kidney-shaped to something different.

Aside from the slightly changed grille, the Alpina B8 is also seen to be having spoiler lip on its trunk lid. The Gran Coupe will have a black diffuser to set itself different from the current release. 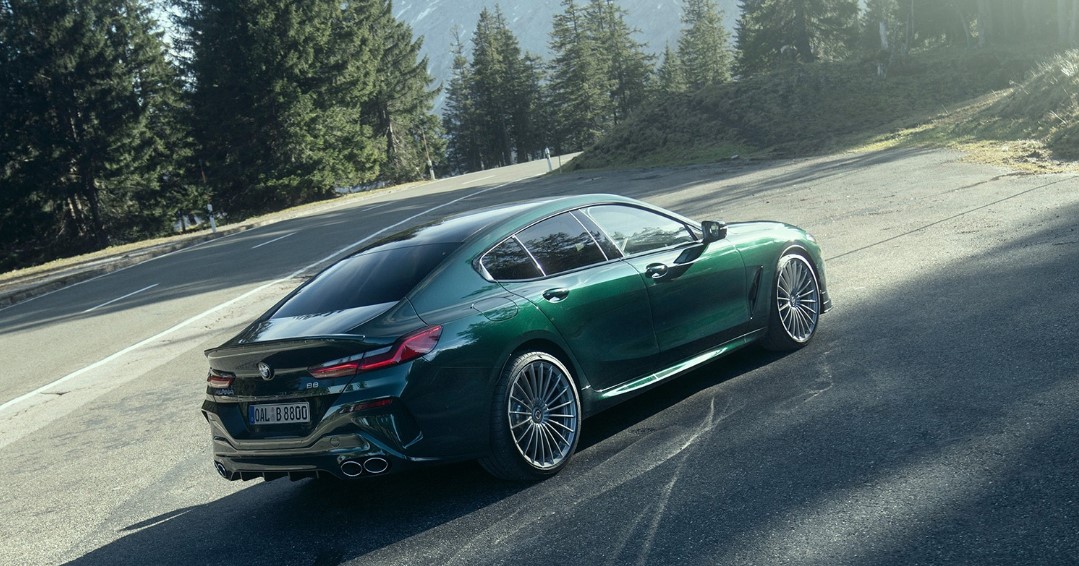 The carmaker has already opened the ‘gate’ for order in Europe—we don’t know for the rest of the world. The order period is open given the car is planned to be released in May.

As for the price, one source mentioned that the 2023 BMW Alpina B8 will be priced somewhere around €162,000 (the MSRP). However, if you check the carmaker’s website, the MSRP is stated to be $139,000, but before any customizations which you can make by picking your preference from the individual BMW catalogs.

Compared to i8 which is planned to be a fully electrified car or BMW 8 series, the 2023 BMW Alpina B8 seems to be confident by being a gas-powered vehicle. This car also will not be equipped with a hybrid system, which is a bit disappointing for some people.

The powertrain of this car would be the already popular Bi-Turbo V8 engine with 4.4-L displacement. This powertrain will be capable of producing maximum power of 612 HP. This is much higher when compared to the car in the same series: BMW M850i and i8. As for the torque, the Alpina B8 will produce around 590 lb.-ft. (equal to 800 Nm).

The car will be able to operate using an 8-speed automatic transmission. As for the drivetrain, the car will be seen using the all-wheel-drive option. 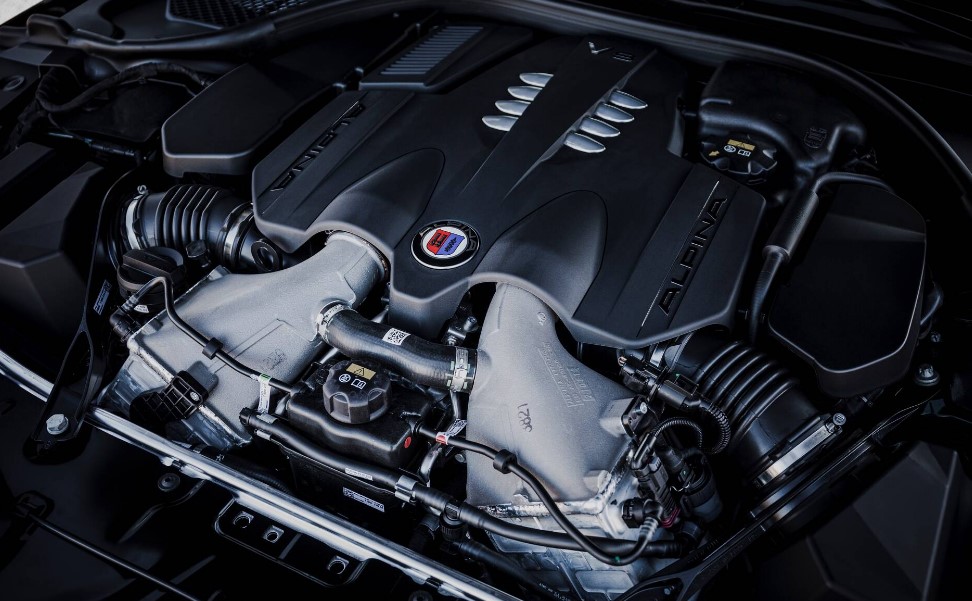 What about Exterior and Interior Looks?

The first thing you should keep in mind is that this gran coupe has a sleek and modern look. Just as its name, the gran coupe has a large size when compared to the cars within the same series. It also has four doors which means more passengers come in.

As for the colors, you can rely on BMW to offer outstanding choices of elegant colors. Like the M850i, the car will have either a metallic or non-metallic finish. However, the non-metallic color option is way limited compared to the counterpart.

To mention some, the colors available for this car lineup will be white non-metallic, black, white, red, blue, green, grey, and orange—all metallic. Several colors also come with several shades under the same color.

Regarding the interior, you will see that the interior is designed exclusively with high-quality materials. The technologies used as part of the car’s features are also sophisticated. 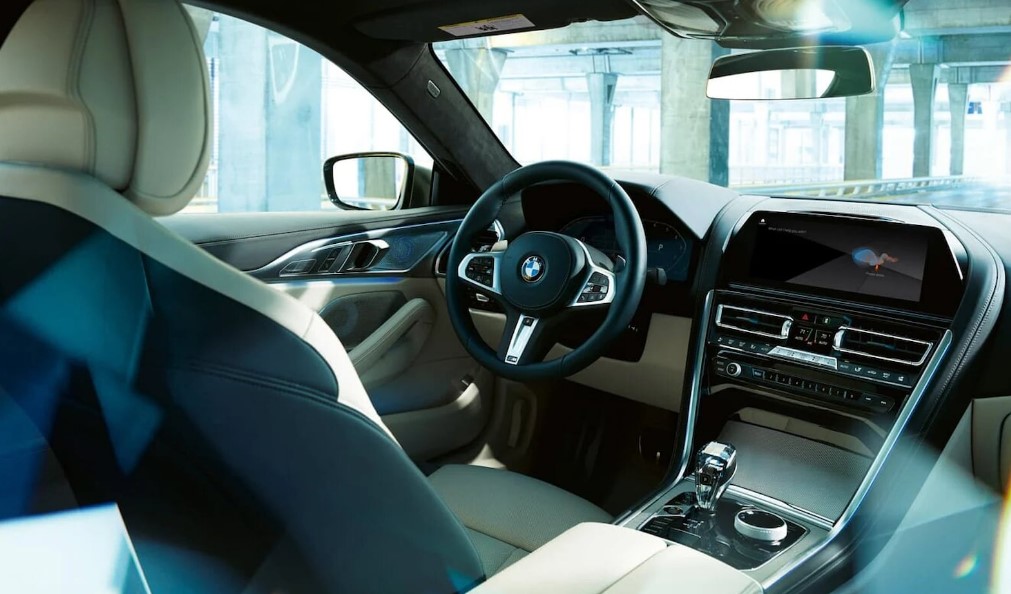 As you enter the car, you will see that the Gran Coupe 2023 BMW Alpina B8 offers you a spacious cabin. The head and leg room are both spacious; and with the incorporation of great leather upholstery, driving a long distance will never bring your discomfort. Not only the seat which is upholstered with leather material but the steering wheel will also be finished using the same material.

Features like smartphone connectivity (Android Auto and Apple CarPlay) are part of the car’s basic features which are also visible in other cars in the 8 Series. However, this doesn’t mean the car is lacking a  USB, radio, and Wi-Fi hotspot. Harman Kardon sounds audio system with 16 speakers is equipped to spoil your ears with some good music while driving the 2023 BMW Alpina B8. 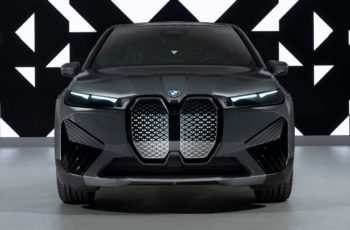 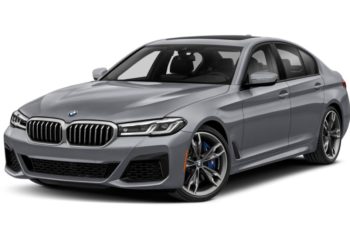 The BMW 5-Series offers a high-end interior, a sporty appearance, …