Exact and dependable: the best two words describe Nissan Frontier. However, will the 2023 Nissan Frontier Pro 4X offer the same quality as its predecessor?

The Nissan Frontier Pro 4X is one of them, also the highest, trim of the available four within the model. It is designed for off-road enthusiasts with additional vigorous add-ons, such as an e-locking rear differential and a firmer suspension. The last attempt at revamping the trim happened as recently as the 2022 model, with majorly improved elements of the old platform, yet still with the same transmission and engine as before. So, what exactly does the 2023 Nissan Frontier Pro 4X model offer? Discover about it below. 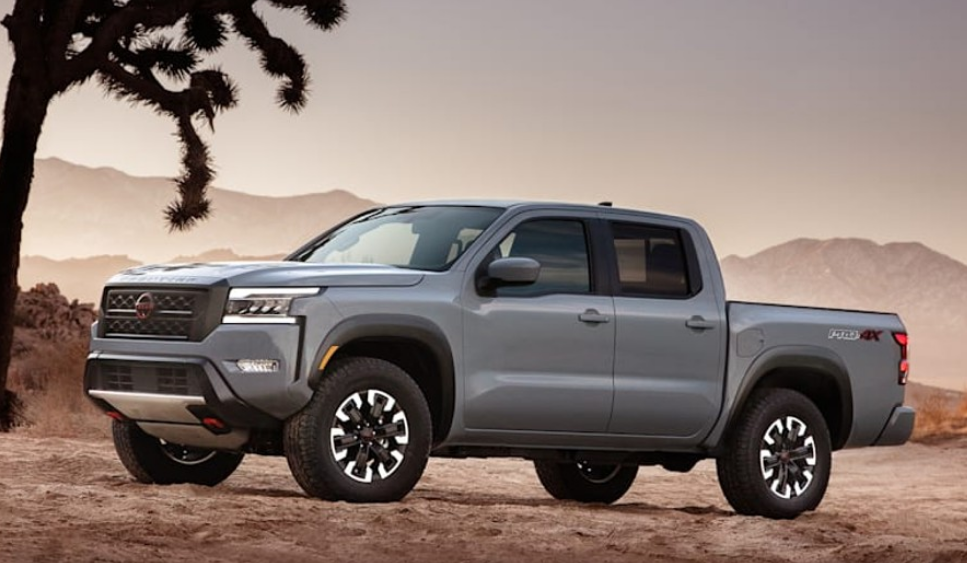 The Carryover of the All-New Frontier of Last Year Model

Sixteen years after its first launch, Nissan decides that it is yet to be the right time to give the Frontier a new frame. However, it does receive significantly upgraded interior and brand-new bodywork. If the offered trim level lineup remains in 2023, which is very likely, the Frontier will include base S, SV, Pro-X, and premium-spec Pro-4X.

Both Pro-X and Pro-4X are catered for off-road uses, proven by the Bilstein suspension system. However, Pro-4X is equipped with skid plate guards on its fuel tank, transfer case, and front-end. It also comes with an off-road driving mode and e-locking rear differential.

Even with the all-new upgrades provided for the new generation, the Nissan Frontier comes quite late in the market segment of the mid-size truck. Carrying a futuristic appearance inspired by the manufacturer’s original compact truck design, the fresh batch of Frontier seems to be mostly consistent for more than 16 years. However, its adoption of adventurous bodywork and famous technology may help it to become the new talk of the town.

The 2023 Nissan Frontier Pro 4X and other trims may follow its predecessor’s exact dimensions. The total length is 224.1 inches, with 73 inches of width, 126 inches of wheelbases, and 72.3 inches of height.

Not Many Changes to Be Expected

The 2023 Nissan Frontier Pro 4X is predicted to retain its exterior appearance with darkened trim, blistered fenders, and chunky proportions. As mentioned before, it is inspired by the ’80s to 90’s Nissan compact pickup as the design language of this truck model. The LED lights are standard for the rear sections and optional for the upfront section. If the wheel size stays similar, it should roll on 17″ wheels as it does now.

The trim receives increased optimal payload capacity at 1610 lbs. However, it offers an identical max towing capacity below 7000 kg—6720 kg. Judging from how it stays consistent throughout the year, there’s only a slight possibility that the 2023 model won’t be the same.

The interior section of all trims within the Frontier just underwent a massive makeover for the last generation change, except for the lovely interior that it has now will transform shortly. The 2023 Nissan Frontier Pro 4X with high-quality material and attractive design should be sufficient for several refreshers ahead. 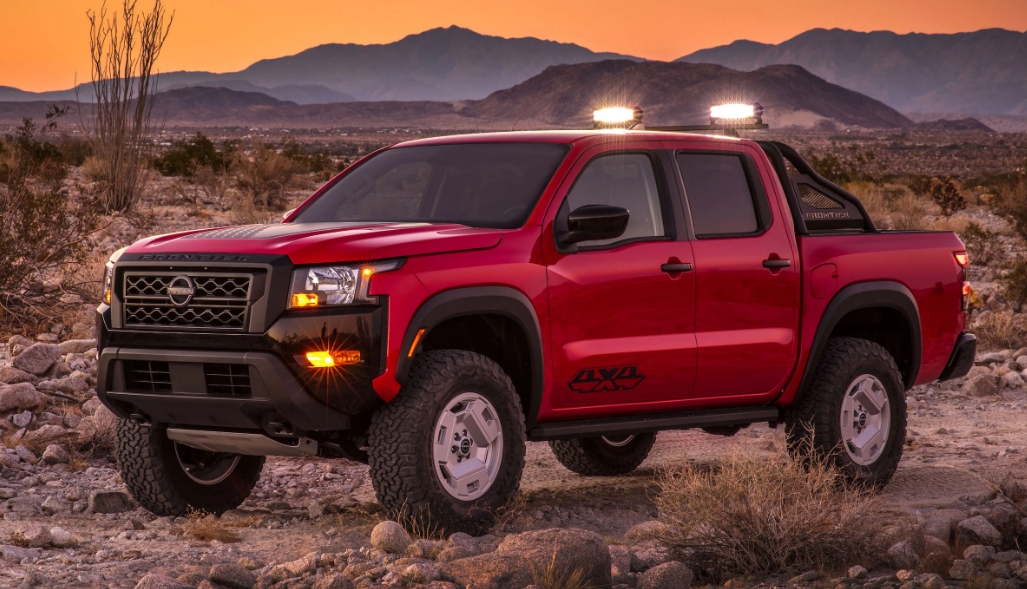 The prediction of how the upcoming Frontier Pro 4X won’t change much also applies to a lot of elements: the laminated front-side windows, the extra soundproof materials, the spacious storage volume, the 7″ information screen for the driver, and 8″ entertainment screen (with optional 9″ upgrade) for the center stack, and the standard mobile connectivity features that include Apple CarPlay and Android Auto, although they are yet to be wireless.

Moreover, it is also safe to expect that the future Frontier Pro 4X model will have the same powertrain as the V6 engine that generates 310 horsepower has been around for years now. Only that it also carries the 9-speed auto transmission that was introduced to the public during the last generational update. Indeed, it performs smoother than the 4L V6 engine paired with the 5-speed auto transmission on the older models of Frontier.

Various details of the upcoming Frontier are still kept secretive by Nissan, which means that the information about the release date and the pricing is still yet known to the public. However, as it is highly predicted that the 2023 Nissan Frontier Pro 4X still carries the same frame as its predecessor, there’s a low chance that it’d feel like a fresh truck to drive. The upgrades on the last revamp were sufficiently substantial, with top-quality material for interior and reliable transmission and engine. Overall, the Frontier, especially the top-spec Pro 4X, makes an adequately performing vehicle, but it still has some homework for future improvement. 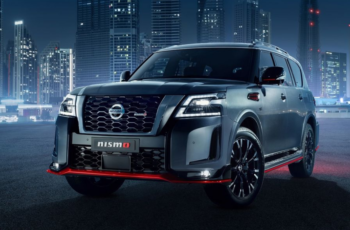 The 2023 Nissan Patrol Nismo has many expectations regarding its … 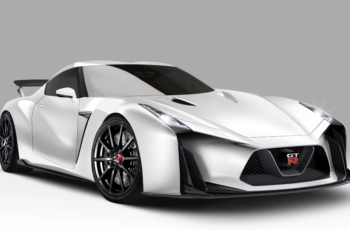 The GTR lineup has gone through plenty of changes throughout …