With brilliant packages, the Mazda 3 is often named a great all-rounder. Here’s how the soon-to-arrive 2023 Mazda 3 Turbo is going to be executed.

Mazda 3 is often deemed as one of the most favored compact vehicles in its segment due to its refined and comprehensive features. Bridging the gap between modest and upscale cars, it offers sophistication for all trim levels, but especially in the upscale Turbo and Turbo Premium Plus variants. The new model year lineup is expected to arrive as a carryover model, but if you want to know more about the 2023 Mazda 3 Turbo, continue reading down below. 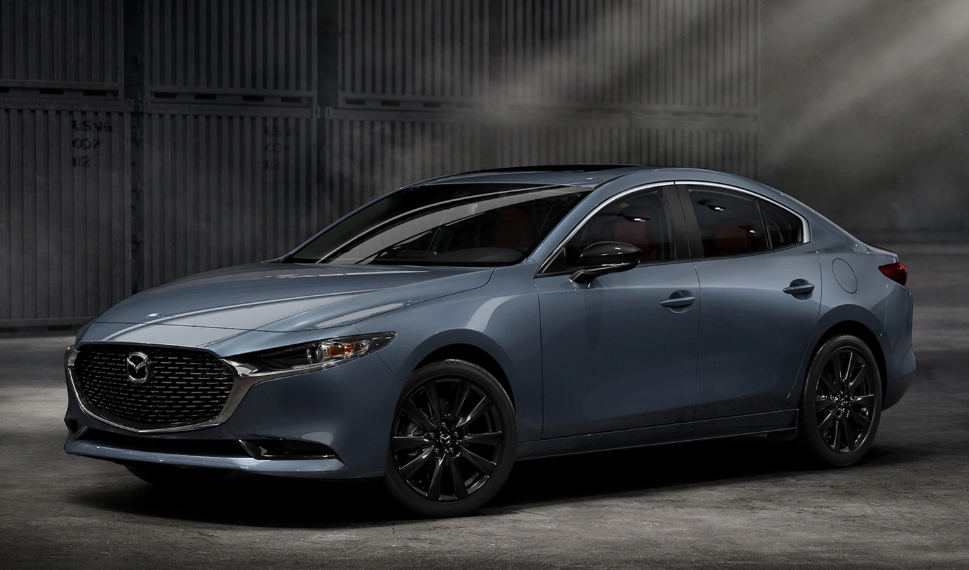 A Brief Overview of The Mazda 3

The Mazda 3 is a small car produced by Japanese automaker Mazda. It was first launched as a 2004 model year in 2003 as a replacement for the Protégé or Familia. An off-road-focused variant of the Mazda 3 was also produced with the nameplate Axela in its home country, the Mazda Speed 3 in North America, and the Mazda MPS in Australia and Europe.

Currently, the Mazda 3 is on its 4th generation, which was revealed at Los Angeles Auto Show and Singapore Motor Show as the 2019 model year in the same calendar year. There are hatchback and sedan versions, with an optional AWD system, turbocharged engine, and a more high-end set of features.

The upcoming Mazda 3 lineup is expected to bring three types of the 4-cylinder powertrain. These variants are what is offered by the current model.

The entry-level trim is equipped with a 2L engine that produces 155 HP and is available in the FWD system only. Moving up the ladder, a 2.5L that yields 186 HP can be found with FWD as standard, and AWD comes as optional.

The Mazda 3 went through a full redesign during its most recent generation launch in 2019. As mentioned before, the upcoming model year is expected to be a carryover so the general design is going to be maintained.

The current model boasts a premium appearance with a massive grille, sleek headlights and taillights, and delicate lines. The busty rear end and significantly sized exhaust outlets are some of its most appealing design elements. If there’s any design upgrade, then it’s most possibly going to be the grille, the exterior lighting, or the wheels.

Similar predictions also applied to the interior side of the Mazda 3. With the extensive lines, divided design of the dashboard, and minimalist layout, the car sure sports a high-end look. 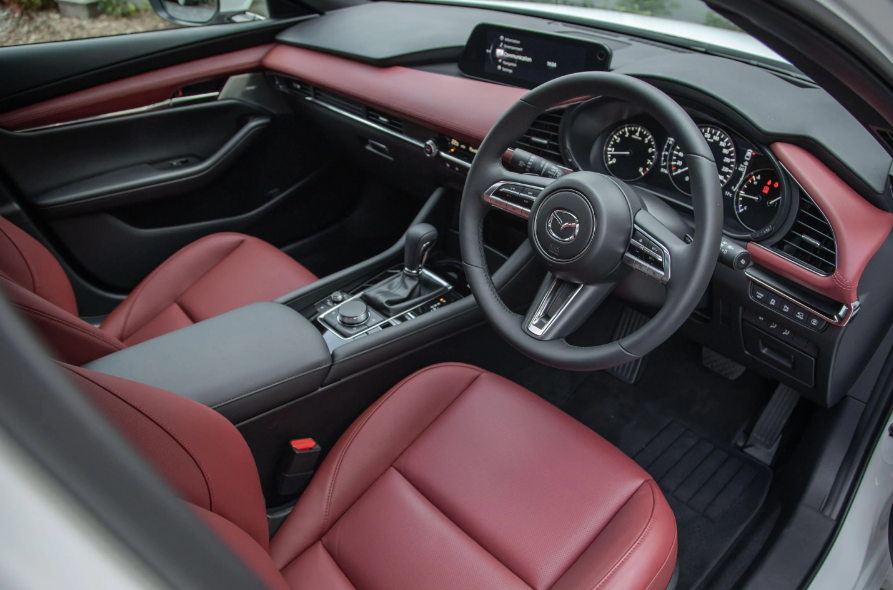 Some of the trim-specific interior features displayed by the 2023 Mazda 3 Turbo are going to be temperature-powered steering dark-paintedinted wheels and a frameless rearview mirror.

The full-fledged Turbo Premium Plus trim brings a navigation unit, leather-covered seats, and a traffic sign recognition system. Additionally, it also carries rear automatic braking, traffic jam assist, a 360-degree view camera, a universal garage door opener, and a black rear spoiler. These are the features that are suggested to be added by the users.

Moving on to the tech features, all trims in the Mazda 3 is expected to receive little to no upgrades. The most recent model year brings an 8.8” screen display, a couple of USB ports, an 8-speaker audio system, a high-definition radio, a voice recognition feature, and Bluetooth as standards. There are also optional ones such as navigation, smart device integration, satellite radio, and a 12-speaker audio system.

Estimation of Price and Value of Money

This car model is known to deliver a high-end package at a modest price for a compact car. Surely, you won’t get the poshest vehicle out there with the base level, but the 2023 Mazda 3 Turbo trims have an extremely appealing look and promising ride experience for nearly all types of drivers. Even when it is compared with the same-price competitors such as the Toyota Corolla, Honda Civic, and VW Jetta, the Mazda 3 is still able to provide an unbeatable level of style and refinement. 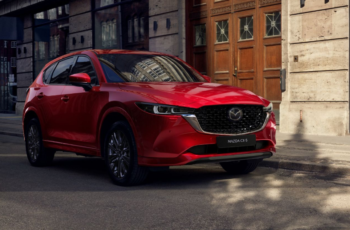 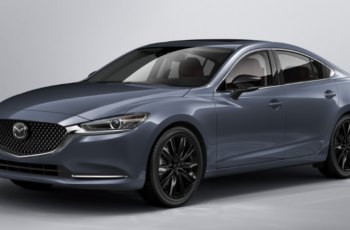 Mazda seems to be developing a new Mazda 6 for …