The Escalade V is going to be dropped with a supercharged V8 engine that makes 682 HP. See other details below including the 2023 Cadillac Escalade V mpg figure estimation.

On May 2022, the complete details regarding the new Escalade V were dropped by the company. It marks the first-ever V-Series SUV by Cadillac that packs an intense combination of power, technology, and luxury—not to mention the performance-oriented design and head-turning sound that emphasize its road presence. Read various details about the vehicle model, including the 2023 Cadillac Escalade V mpg, powertrain, design, features, and further release details. 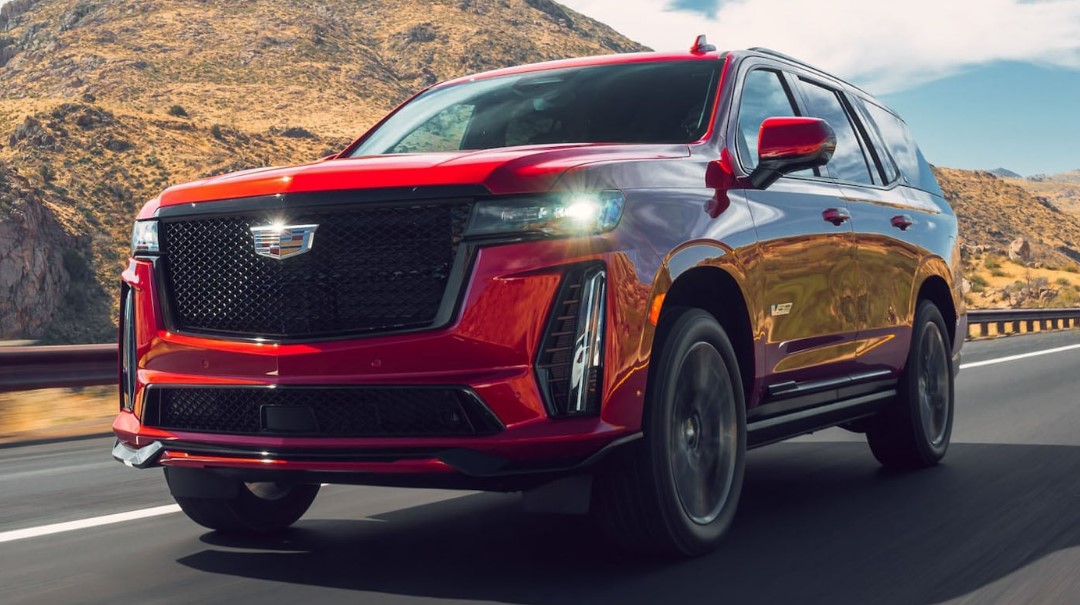 Under the hood of the new Escalade V-Series version is a 6.2L supercharged V8 engine that puts out 682 horsepower and 653 pound-feet of torque. It is paired with a 10-speed automatic transmission with an AWD system as standard along with the variant-exclusive suspension. The towing capability of this performance-oriented vehicle variant is 7000 pounds—1000 pounds lower than the AWD non-supercharged V8-powered version.

Each Escalade V is equipped with purposely tuned adaptive dampers and more rigid rear springs. Tour and Sport driving modes are available to customize the engine noise, brake-pedal sense, steering, and suspension. The vehicle allows for different adjustments of engine performance and the AWD system as well, including snow/ice mode. All of them can be accessed by pressing the V-mode button located on the center console which will also drop the ride height by 0.8” automatically.

As the details were announced, the official EPA fuel economy estimations are yet to be available. However, the 2023 Cadillac Escalade V mpg ratings are very unlikely to be less than the figures earned by the regular Escalade 6.2L V8 version at 14/19 mpg city/highway. The extra 262 horsepower is almost certainly going to make this variant slightly hungrier.

Some reviewers make rough estimations of the 2023 Cadillac Escalade V mpg to sit at 13 mpg combined, at least. Regardless, Escalade V’s customers will require to agree to dig their wallets deeper for the gallons. 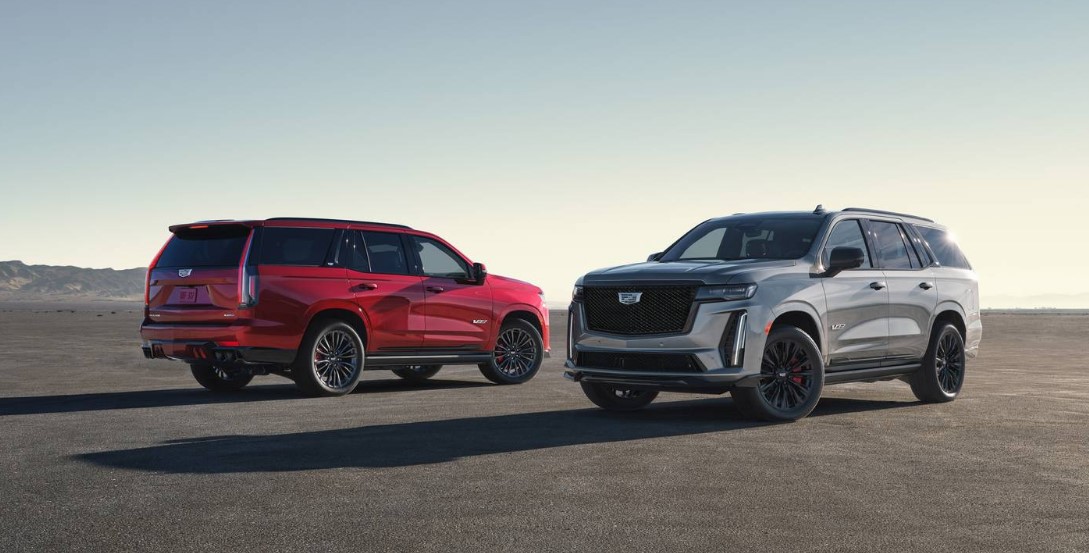 If you think the regular Escalade version is flashy enough, then you’ll need to be prepared with the Escalade V which boasts an even more domineering appearance. It doesn’t offer any brightwork or chrome trim. The massive, black, mesh grille has a similar tone to the bottom trim pieces, belt moldings, and the four exhaust tips that accompany the fake rear diffuser. Available as standard is the set of massive 22” rims in either grey or black color. According to the company, the Escalade V won’t provide summer tires but offer a set of all seasons as standard.

Inside, every single Escalade V boasts leather upholstery for all rows in either black or dark auburn tone, along with polished zebrawood trim. The front-row seats feature ventilated, heated, and massaging functions.

Similar to the regular Escalade, the V version is also outfitted with a huge, 38-inch combined three OLED displays. To match the extravagance of these screens, the model also offers a 36-speaker AKG sound system as standard. The Super Cruise autonomous driving technology is available as an option for an extra $2,500. Note that because of the current global chip shortage, this feature is expected to come later than it is supposed to. 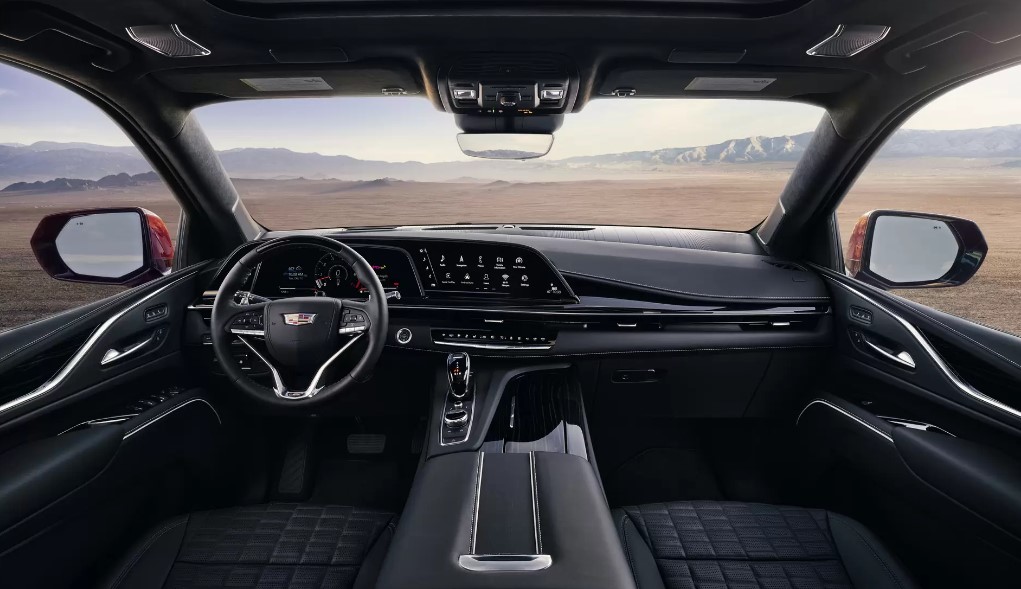 The Escalade V is boldly claimed as the most powerful large SUV by the company, but it’s quite an unchallenging statement to make considering the model has no direct rivals as per current. Even with an astonishing base price of $149,990—in comparison to the standard Escalade that’s offered to start from $77,840—there’s little to no doubt that Cadillac will have any problem selling those units. If you’re interested in trying the V treatment without having to dig six-figure cost, consider opting for the Escalade ESV.

Similar to the 2023 Cadillac Escalade V mpg numbers, it also hasn’t been disclosed how many units of this version will be produced, most likely due to the chip shortage even though the company states that the decision is made to keep the Escalade V “exciting and exclusive”. Either way, the model is going to be on sale this summer. 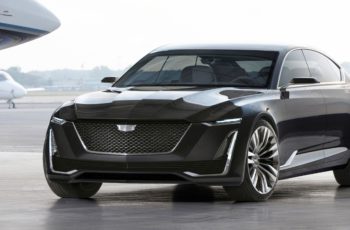 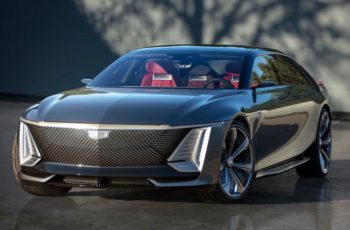 The electrified 4-door luxury hatchback from Cadillac called the Celestiq …