Recently, Audi announced a set of adjustments and updates for each product in its lineup. The 2023 Audi Q7 is one of the models that receive the most numbers of upgrades.

All of the 2023 model year versions across the Audi lineup receive some upgrades in different areas, along with electrification expansion under the e-Tron nameplate. Of course, the entry-level luxury 2-row SUV Audi Q7 is included in the list of vehicles that receive updated features as well. The upscale SUV is always known to offer a sleek premium cabin, stacked tech package, top-quality materials, and a composed yet energetic driving experience. Read more about the adjustments made for the upcoming 2023 Audi Q7 below. 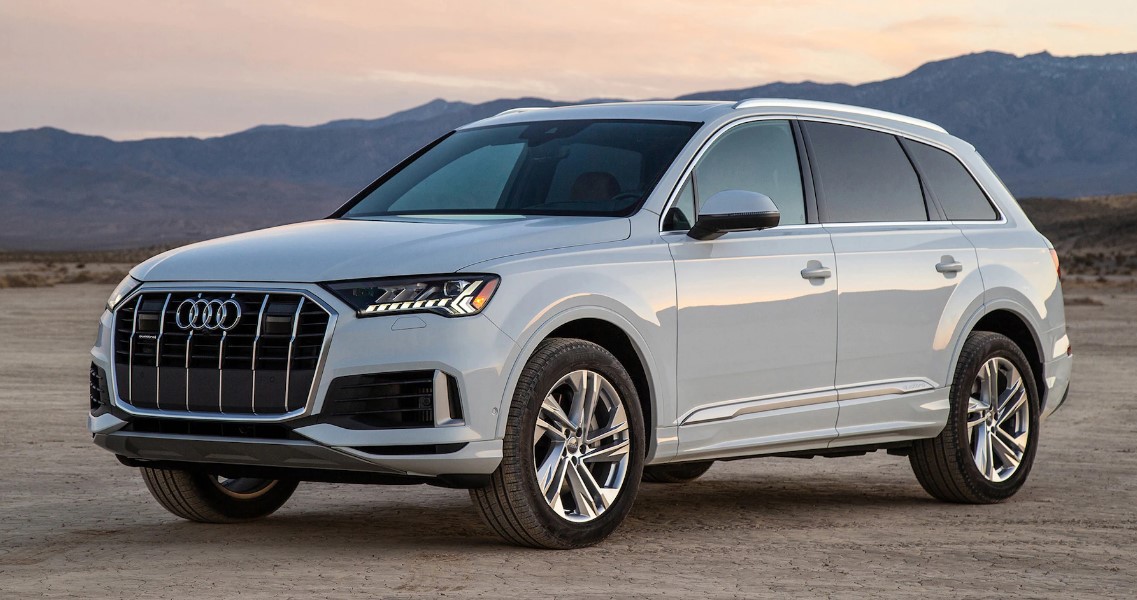 The Q7 is a mid-size upscale crossover SUV made by German-based automobile manufacturer company Audi. It was revealed for the first time at the 2005 Frankfurt Auto Show—marking the first offering from the luxury automaker in the SUV segment. The 7-passenger vehicle started to be produced in the fall of the same year at the Volkswagen Slovakia’s Bratislava assembly plant and was available for sale in the 2006 calendar year.

The base powertrain of the Q7 is inherited from the Audi A4 sedan and can be found in the 45 variants: a 261 horsepower 2L turbocharged 4-cylinder engine combined with a 12V hybrid system. Consumers who are looking for a more powerful engine can opt for the 335 horsepower 3L V6 engine paired with a 48V hybrid setup.

The base 2023 Audi Q7 45 variants, however, acquire a more powerful engine. Even though the 2L turbocharged 4-cylinder engine is retained, it is now supported by a mild hybrid system that provides up to a 12-horsepower increase. The amount of torque produced remains at 273 pound-feet. Regardless of the engine setup, each Q7 has an 8-speed automatic transmission and is offered in the manufacturer’s Quattro all-wheel-drive system.

The estimated fuel economy ratings by the EPA for the base engine haven’t been out yet, but it’s expected to be similar to the 18/23 mpg city/highway as the last model year. On the other hand, the V6 engine-powered variants are rated at 17/21 mpg city/highway and 18 mpg combined.

A set of active safety and driver-assist features to come standard in the Q7 including automatic high-beams, rear cross-traffic alert, lane departure warning, blind-spot monitoring, and automatic emergency braking. The lane keeps assist and adaptive cruise control that is reserved for certain trims or available as options in the 2022 model year become standard in the 2023 Audi Q7. 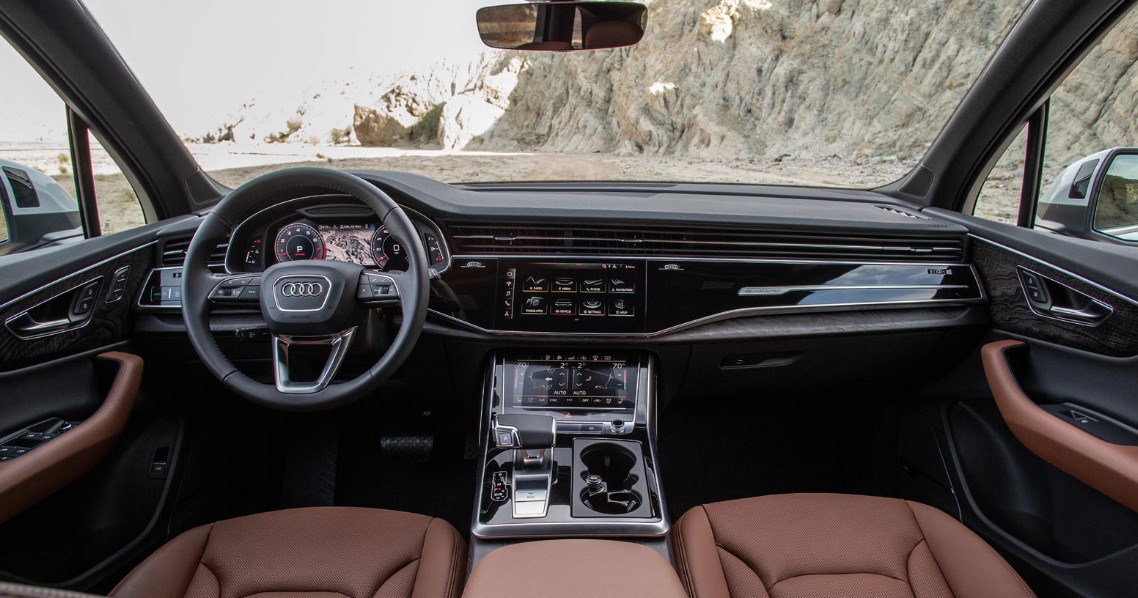 Appearance-wise, the Q7 is a big handsome boy that sports refined visual emphasized by the range of 20”, 21”, and 22” wheel options, a tailgate roof spoiler, aluminum roof rails, a hands-free release power tailgate, and LED headlights with either HD matrix design or high beam assist. Buyers who want to boast a sportier look can purchase an optional Black Optic package. In the exterior departments, there are several upgrades given to the upcoming Q7, including new paint colors, revised LED headlights for the 55 TFSI variants and 45 TSFI Premium Plus trim.

In the interior area, the sleek and modern-designed cabin is matched with a high-quality build, outstanding comfort, and an abundance of technology. The use of refined material only highlights the interior of this premium SUV, along with the clever control area layout and the ergonomic seats that provide plenty of support and adjustability features. Even the base trim grade Premium is beautifully outfitted and carries ample features. Opting for higher trim levels only provides more luxurious features. The only drawback is the cargo area size which is rather narrow when all of the seats are occupied, but then again, this is a common situation for the majority of 3-row SUVs.

Some other standard interior features to expect in the 2023 Audi Q7 include a 10.1” infotainment touchscreen display and another smaller 8.6” display for car settings adjustment and climate control. A wireless 4G LTE hotspot, Virtual Cockpit digital instrument display, and Android Auto and Apple CarPlay integration systems also come standard. Depending on the trim level, there are a few audio system options, in which the fully-loaded trim is equipped with a 23-speaker B&O audio system. 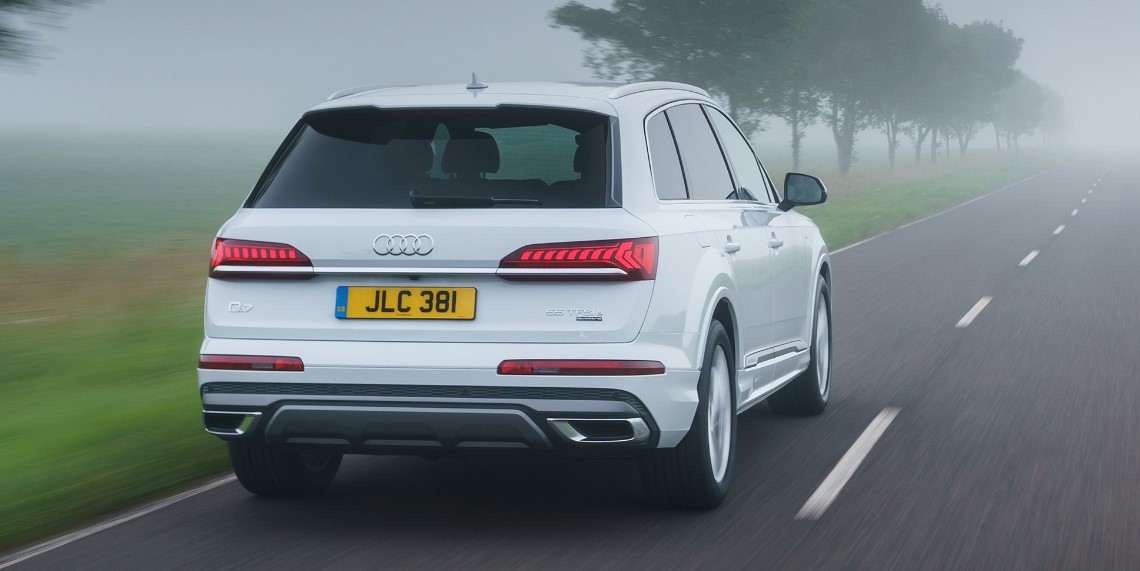 Nothing has been confirmed about the arrival date of the upcoming Q7 model year, but some predict it will be dropped by the fall of the 2022 calendar year. The MSRP range starts at around $57,000 to over $73,000 for the highest-spec trim level. 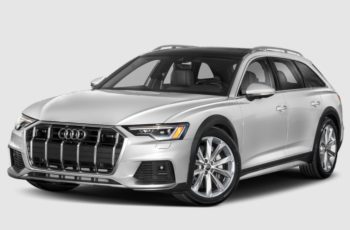 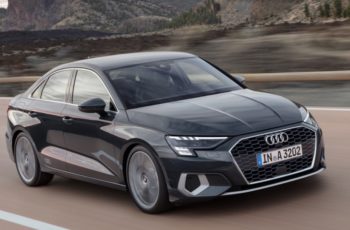